Studies Show Drummers Are Actually Much Smarter Than You Think 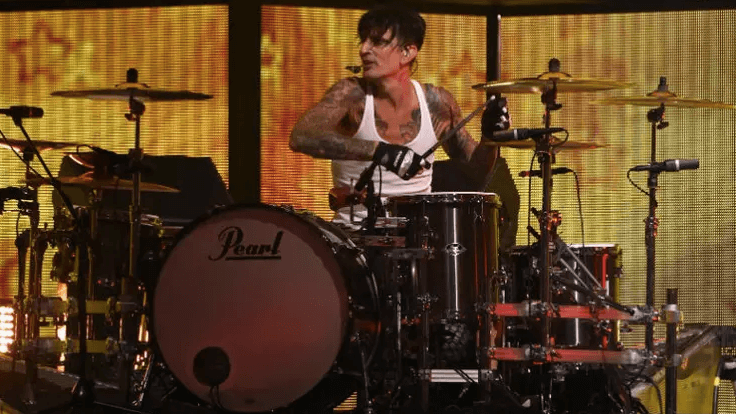 Just thought I'd share an interesting article By Sam Valorose from February 28, 2018. Enjoy!

In the words of the legendary James Brown, "give the drummer some." For far too long, they've been reduced to the most overlooked member of the band, forsaken behind a drum kit, far beyond the spotlight. Once considered the job for any jerk off the street who can hold a beat, drummers may, in fact, be incredibly intelligent and make everyone around them smarter as well.

According to news and analytics site PolyMic, drummers are natural problem solvers and have a positive impact on those around them. A study from Stockholm’s Karolinska Institutet showed that drummers who had better rhythm scored higher on an intelligence test and showed a correlation between using multiple limbs to keep a steady beat and a natural ability to problem solve.

It gets even deeper. Beginning of civilization-deep. Researchers at the University of Oxford found that playing drums and keeping a rhythm with a group of people produces a natural high and heightened their happiness. They suggest that this natural high was key in creating communities and tribes. Basically, those drum circles your burnout, Dead Head Uncle loves were necessary for creating modern civilization.

Turns out drummers are more in tune with nature as well. Researchers at Harvard show that a drummer's internal clock does not move linear but moves in waves. This wave is found in human brainwaves, sleeping heart rates, and the nerves in cat's ears. When a drummer is getting back into a rhythm after messing up, they are actually matching the natural beat of the world.

So the next time you're lead singer gets all snippy because you didn't nail that fill, tell him that you're the reason we have a civilized society in the first place. That'll shut 'em up.